This is a royalty play. The play, or any part of the play, may not be presented for public presentation, contest, or competition without obtaining permission of the publisher and purchasing a performance script. A performance fee is required for using any excerpt of the play.

Permission and payment must be made prior to the presentation. Price for a master script is $25 and copies can be made as needed.

For permissions, a perusal script or any questions, please contact us. 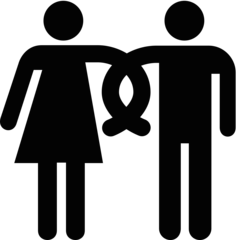 MARVIN: She’s as beautiful as the day I met her. I mean that. Some people just say that because they think they should, but I mean that. We borrowed the money to start farming and our first house wasn’t much more than a glorified lean-to about seven miles from any good road. One International tractor, a two-bottom plow, two-row cultivator and a cow … that didn’t milk. The tractor worked fine but the cow was busted. We ate her the first year.

CLARISSA: Did you get the kids up? They’ve got to get to school.

MARVIN: Yes, honey, they’re up. Clarissa ran the scales at the elevator during the day then came home at night and drove the tractor while I slept. I got no idea when she slept.

CLARISSA: Can we go home now?

MARVIN: In a minute, sweetheart. We didn’t have a car. She’d walk the four miles to town and walk back again the evening … and she carried a gun. I don’t know that she ever fired a shot, but she hated badgers … hell, everybody hates a badger. We had two and they lived somewhere between our house and the elevator. You don’t want to meet a Badger after dark and she met him twice. He held his ground and she didn’t have any choice ‘cause it was too muddy to get off the road. I told her not to be walking into town with a loaded gun … wasn’t safe … so she talked to that badger while she tried to figure out where she’d put her bullet.

CLARISSA: Are we going home?

MARVIN: In a minute, Clarrie. That’s when I started worrying about her all day … walking around with that loaded gun.

MARVIN: You don’t have to eat it.

CLARISSA: Are the kids up yet?

MARVIN: (a pause, then) Forty-seven years. That seems like a long time but it’s not. Sold the farm, retired, moved to town … a good move. You can’t farm forever and I didn’t have the energy or the brains to keep up with things. We’d lived in town maybe … I don’t know … I don’t remember when it started. Maybe two, three years before it all started.

MARVIN: Right here by your bed … right where we keep it.

CLARISSA: That’s not mine.

CLARISSA: That’s not my purse.

MARVIN: (a pause, then) Then she took off driving one day … worst day of my life. Had to call the police. They found her at a truck stop near Alton. I got a ride down and brought her back. (a pause) It’s like … well, she’s got this tape recorder … It’s got a “play” button but no “record.”

CLARISSA: If those kids are late for school, don’t blame me. I don’t know why we just can’t go home. But I need my purse.